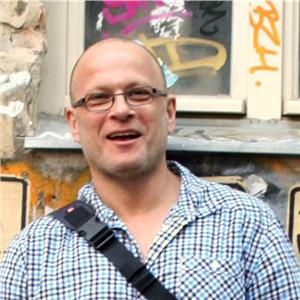 Compartir perfil
Shaun Levin is the author of several books and short stories. His books include Seven Sweet Things, A Year of Two Summers, and Snapshots of The Boy. His short stories have appeared in several anthologies. He has been teaching creative writing for over 20 years and is the maker of Writing Maps, illustrated guides for writers.

Shaun has also worked as a journalist and an editor for literary magazines.