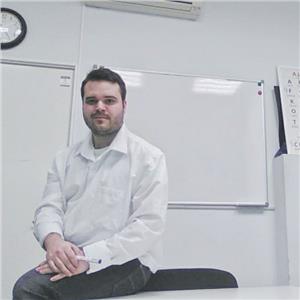 Compartir perfil
I was born in Elche, a small town in Alicante embraced by the mountains and fanned by palm trees. There I graduated in Journalism from the Miguel Hernández University, where I had the opportunity to meet professionals and writers with a good hand. After finishing my degree, in 2016 I worked as a news and report writer in the Communication Service of a UMH for a year.

In 2013 I participated as a scriptwriter in the Alicante feature film "El amor y otras desgracias", an experience that ended up germinating my passion for creating stories. My life was always closely linked to letters, but it is from that moment that I have devoted myself intensely to literary creation. I have won several national and international awards throughout my career and, although failure was always a reality, I have never stopped fighting to make a place for myself in this arduous profession that is literature.

In 2017 I moved to Russia in search of inspiration, where I fell in love with the whiteness of winter. I have worked in various academies in Saint Petersburg; the Ispansky Tsentr ( ), the Centro Picasso ( ) and the Academia Hispaclub ( ), performing the role of teacher of Spanish as a foreign language and giving language workshops, various activities and clubs of conversation.

Esther I have got Enrique to teach my employee Spanish. She is very ha...